You are here: Home » Blog » Artists I Admire » Basquiat: The Unknown Notebooks 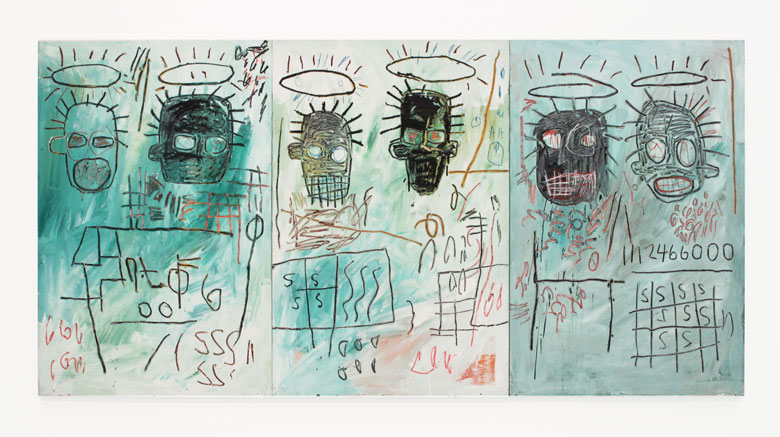 Every artist has a few other artists that not only inspire them, but guide and influence their work, whether in major or minor ways. At the top of my list is Jean-Michel Basquiat. My attraction to his work, aside from the beauty of his raw aesthetic, is the honesty and purity of his expression. As far as I’m concerned, no one comes close. I know from having read books and seen films about him, that he was not only an amazing painter, but also a graffitist and musician.

What didn’t dawn on me until I read this fantastic article in the New York Times by Luc Sante, was that he was also a talented writer. Sante wrote this of Basquiat, “As SAMO, he dealt in words, artfully executed with marker or spray can, to be sure, but nevertheless words intended to convey meaning, slantwise — that is to say, poetry.”

Basquiat kept notebooks, eight of which now belong to Larry Warsh. They will be on display in Basquiat: The Unknown Notebooks, which opens April 3 and runs through August 23, 2015 at the Brooklyn Museum.

The show will be traveling, so I’m hoping I get to see it. I’ve seen his work up close and personal a few times (photo above is from LA in 2010); it’s an experience that stays with you. I could use a little inspiration boost right about now… Brooklyn, anyone?