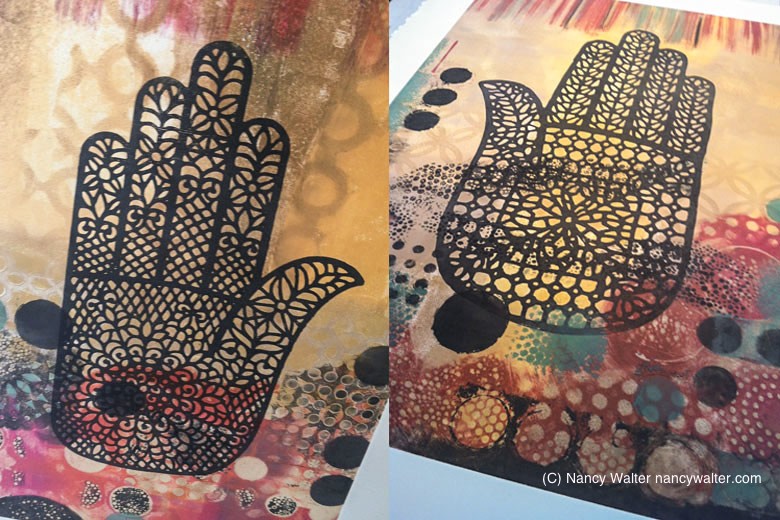 It’s great when the muse is active. And so I have been busy honoring the process. Here’s a sneak peek at some new pieces that I am ironing out. Hamsa hands. These “hands of protection” are of special interest to me as they are used in many cultures around the globe, crossing borders and the religious divide. I first encountered them in Morocco and have a few special silver pieces from there. I saw them again at the home of my Israeli friend, Sharon and then again in Turkey — the ones used in my prints are Indian.

The ones I have used in my artwork are linked to mendhi. The “Hamsa” hands are based on hands which have been decorated in Mendhi… which is also found in many cultures around the globe.

These monotypes will eventually make it to the web-site gallery, but until then… this will have to do.