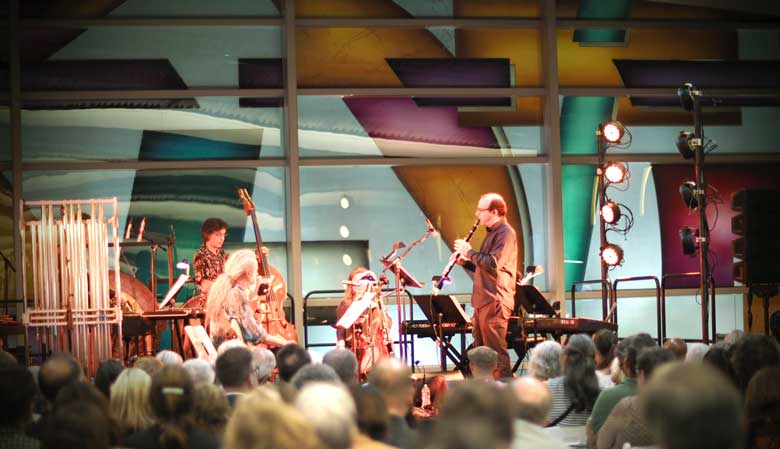 When I first moved to New York city back in the early 80’s I roomed with a friend who introduced me to Brian Eno’s Brian Eno—Music for Airports. I was instantly hooked. This was way before “ambient” music, when all the sounds were created, no doubt, on some electronic device… and hence labeled “electronic music.”  Several years ago, I heard a different recording of the same music performed by Bang on the Can, done with traditional instruments. It captured the original sound, but gave it a completely different feel with its more “live” approach. Once again, I was enraptured.

This past week I got to experience the US debut performance of Bang on the Can playing Music for Airports here in San Diego, in Terminal 2 of the San Diego International Airport. They have been playing in airports scattered throughout Europe but none on US soil, until now. The concert was sold out. I felt like I was at a happening, it was so cool. They were great musicians and I think everyone left happy… reminiscing of times gone by.

Drop me a line if you know the music, and we can get all nostalgic together!

3 thoughts on “Music for Airports”

Sign up for our Email Newsletter
Scroll back to top