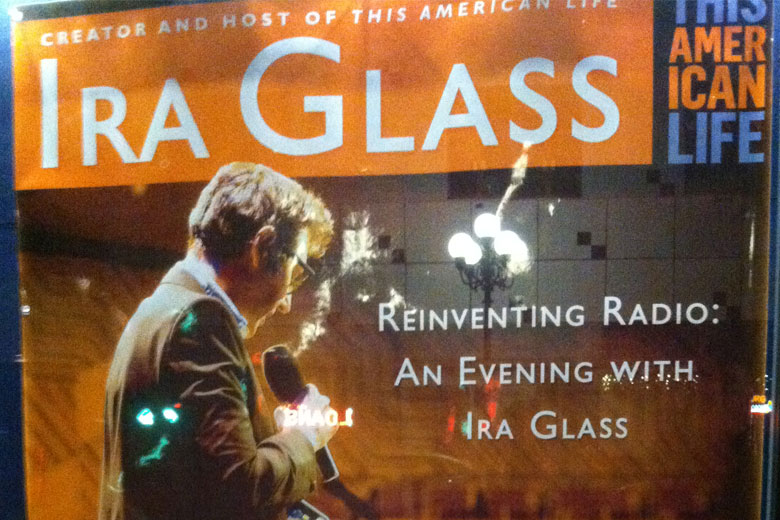 I can remember when I heard my first episode of This American Life in 1997. The episode: Food Chain in a New York City Apartment.  I specifically remember the story from it about a woman raising bugs in her New York City apartment. The story was told in a way that was both interesting and disturbing, the kind of story that makes you sit in the car long after arriving at one’s destination. I was hooked.

Until I recently saw Ira at the Balboa Theater in downtown San Diego, I could never understand how he and the This American Life crew could constantly find so many interesting people, with such fascinating lives and stories. Every program, whether about bugs or pollution or pranksters, had one thing in common… captivating stories that were told so well, they would linger in my sub-conscience for days and even weeks afterwards.

Being in Ira’s audience was similar; I was frozen in my seat unable to move. He was funny, engaging, charming and appeared to be the kind of guy you’d want as a best friend. What a guy!

Not surprisingly, he’s had a huge influence on radio. Because of him and his success we have other great radio shows, like Radio Lab and TED Radio Hour, and podcasts. Ira also mentioned a podcast I hadn”t heard of called Serial, which is currently the number 1 podcast in the world. I definitely plan on binge watching it this weekend though!