You are here: Home » Blog » Inspiration » Salvation! Out in the middle of Nowhere. 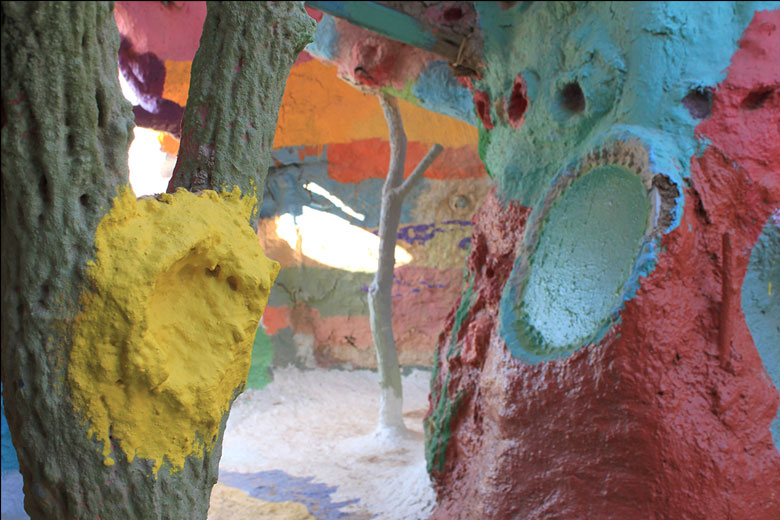 The news came, while I was en route from Joshua Tree to Encinitas yesterday morning. A sadness came over me. “Leonard Knight died in his sleep early this morning”, the voice announced.

Leonard created Salvation Mountain. He dedicated his life to God, his message of Love and creating this magical place. Salvation Mountain, just east of the southern tip of Salton Sea in the desert wasteland of Southern California was visited by people from around the world, written about in books, shown in movies, and Leonard even appeared in Sean Penn’s “Into the Wild”.

I met Leonard briefly, when I was out there a few years back, shooting pictures and enjoying the heat in the middle of winter. He was thin, tan and weathered from constant work in the beating sun. He radiated joy and smiled ear to ear, as the visitors arrived at a slow constant pace. He stole away for a few minutes to get a bite of food, from his camping cooler. He looked parched, and tired and like he could use a nap. But he smiled, stuffed the donations in his pocket and talked as he guided folks non-stop around the place. He was probably 80.

When people die we often say they are in a better place. I doubt that’s true for him. He loved his mountain, and devoting his life to God… and although I am sure he’s with God now, he’s surely planning his return, to continue his legacy, helping those who need a little guidance.

He will be missed.

Some of my photos.